Make sure you read to the end to find out full details of DoES Liverpool’s funding efforts, or TL;DR here: http://bit.ly/DoEpicFunding 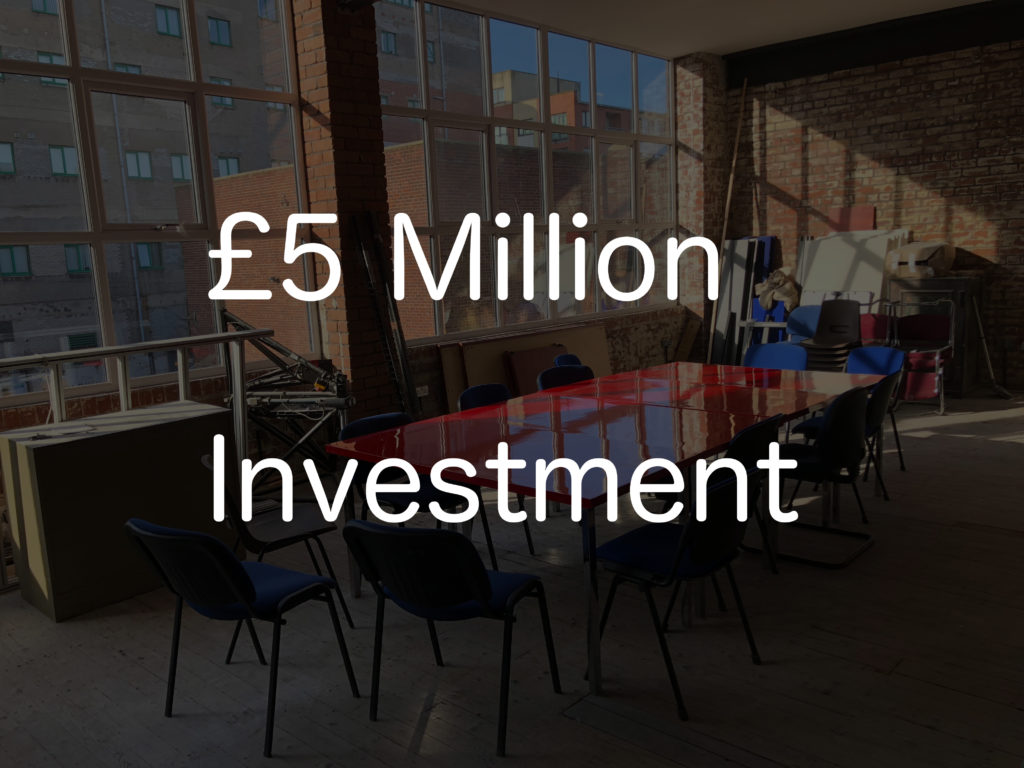 Chancellor David Lidington today put in place the final building blocks of his “Northern powerhouse” when he announced the UK’s first Maker Enterprise Zone would be here in Liverpool.The Government is putting £5m towards the DoES Liverpool move project – a collaboration between DoES Liverpool, The Tapestry and The Fabric DistrictDoES Liverpool will house and support new high-tech businesses around “sensor technologies”. It will also support new and existing businesses doing UX testing, public transit, wearable technology, home made 3D printed prosthetics, spoken language translation, social enterprise support, and basically any small business that needs their support. I mean, why limit yourself! Sensors are the crucial link between technological devices and the world around them, which is also incredibly important.  Capturing data on a whole host of areas such as temperature, humidity and pressure is really good, but then what do you do with that data? You interpret it, you present it, and you make sure people can understand it.They can be used in everything from home security systems to medical technology and high-value manufacturing, don’t you know.DoES Liverpool will help inventions go from the lab to the factory floor even faster, and act as a shop  window for foreign investment into Merseyside’s high tech start ups, as it has done for the last seven yearsMr Lidington told the ECHO: “The stuff being developed here is absolutely cutting edge.It is better than anything else happening anywhere in the world, well apart from every other maker space. What’s the point in being ridiculously competitive and claiming to be the best when you can’t do it without the support of similar people around the world.“We are all going to use the technologies being developed here and we are going to be able to say they were made in Liverpool, with massive support from the maker community around the world”Mr Lidington is allocating £10.4m to upgrade the BT broadband provision in the centre of Liverpool, massively increasing the speeds available. A second 9600bps modem will sit alongside the existing 2400bps modem to provide speeds not seen anywhere else in the world, since 1991. Fortunately IX Liverpool and Baltic Broadband have independently installed a 10Gbps pipe which is available for use by people who actually want modern internet speeds.Mr Lidington added: “I said I wanted to create a Northern powerhouse. You can link great cities like Liverpool, Manchester and Leeds together and create a real economic powerhouse.“Alternatively you could pay people who have no idea about these things hundreds of thousands to build a big overpriced building that’s not fit for purpose, but who’d do that eh?!”The Chancellor also denied Liverpool was being left out of the proposed high speed rail projects, even though it was.However, Mr Lidington insisted the increased capacity would benefit the whole of the North West.He said: “Liverpool is very much on the map. Not the one we have in Whitehall, but it seems to be on this one you just handed me. It says OpenStreetMap, what’s that? I’m confused, I’m sure we told Ordnance Survey to remove Liverpool back in the 80s”“The geographical area isn’t that different to Greater London but they are separate cities. One is called Liverpool and the other is called London. Hold on did I just say I was funding Liverpool, no.. wait.. that can’t be right, who crossed out London and wrote Liverpool. Did I sign that?! Someone call the bank and stop that cheque!”Provost Professor Stephen Holloway, who led the bid from the University of Liverpool, said:  “Creating a new space where ideas from our sensor research laboratories can be transformed  into new start-ups is a very exciting prospect for both universities and provides great opportunities them to skim the profits made by anyone that even walks past our buildings. We definitely thought we should have got the funding even though DoES Liverpool already did all this stuff on a shoestring budget.”And Professor Robin Leatherbarrow,  who led the bid for JMU added: “This is a tremendous success for Liverpool and a superb example of how our two universities can work together in an area where we each have considerable complementary strengths. Wait, I thought we won the money?!”

ONLY JOKING! Of course DoES Liverpool hasn’t been awarded millions in funding, and we’re definitely not bitter. We do currently have a funding drive going to help pay for our move to our amazing new space in the Tapestry building. After seven years running and helping new high-tech (and low-tech) businesses get started we’re looking forward to the next seven years and hope we can rely on your help to get us there! Find out more about that here, and tell your friends!
https://www.crowdfunder.co.uk/does-liverpool
(And apologies to Tony McDonough for ripping apart his actually quite reasonable and well written article I found here: https://www.liverpoolecho.co.uk/news/business/liverpools-15m-sensor-city-best-7365286, also partly inspired by this article extolling the virtues of makerspaces: https://www.theguardian.com/commentisfree/2018/mar/28/britain-ideas-factory-uk-industry-creators-economy)
Share: